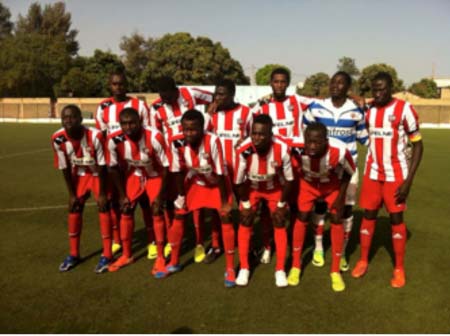 Sanyang are set to clash with Lamin in the final of the ongoing Sanneh Mentereng fitness football tournament meant to raise funds for Brikama United’s participation in the 2017 CAF Confederation Cup after winning their semifinal matches played at the Brikama Box Bar Mini Stadium over the weekend.

Sanyang thumped Gunjur 2-0 in the semifinal on Friday to advance to the final.

Lamin beat the host Brikama to sail to the final against Sanyang, to be announced by the organizing committee later, following the completion of the semifinal.

The tournament is organised to raise funds for Brikama United’s participation in the 2017 CAF Confederations Cup.