The 2015 Sambouyang Noran football championship semi-finals are set for this weekend at the Sambouyang football field, in Kombo South.

As part of the semi-finals, on Friday 9 January 2015 Benghazi will face Tripoli in the first semi-final match.

Both sides will be coming for a win in order to advance to the finals, and keep hopes of clinching the trophy.

On Sunday 11 January 2015, Kong Bi FC will clash with Iceland FC in the second semi-final game.

Kong Bi FC and Iceland FC will be fighting for a victory to reach the finals, as well as boost their title ambitions. 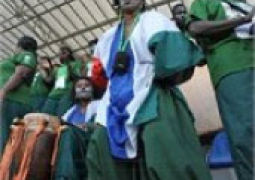