Midfielder Salifu Bojang’s brace in the 25th and 60th minutes of the game in the 2013-2014 Gunjur Nawettan season played at the Gunjur Nyamina Football Field on Sunday earned cellular boys Gamcel FC a convincing 2-0 victory over Sunderland FC.

Striker Yusupha Barrow could have opened the score for Gamcel FC in the 2nd minute of the game after breaking through Sunderland FC’s defence line but his shot went over the cross bar.

Sunderland FC also came very close to opening the score in the 15th minute of the game when midfielder Fabarrow Janneh slashed through Gamcel FC’s defence line but his shot was denied by Gamcel’s custodian Samsidine Bojang.

Gamcel opened the score through combative midfielder Salifu Bojang, alias Iniesta, in the 25th minute of the game from a brilliant re-bounce after Sunderland’s goalkeeper parted away Yusupha Barrow’s powerful shot to give his side the lead.

Alias Iniesta again netted the second goal to complete his brace for Gamcel FC in the 60th minute of the game from an astonishing long ranged strike which hit the stand bar and went straight into Sunderland’s net to earn cellular boys a convincing win in their season opener.

Formidable NAS FC side were held to a goalless draw by inexperienced Steve Biko FC side in group C encounter on Saturday. 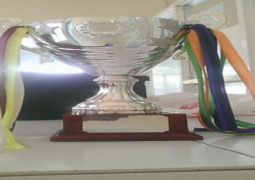 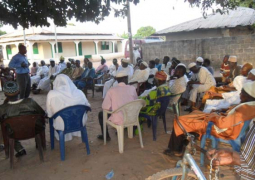