Sainey Mboge arrives for U-20 tie

Sainey Mboge, a Gambian-born Eldon Celtic utility player arrived in in the early hours of Sunday, with the intention of boosting the Gambia U-20 team to qualify for the continental championship.

The 18-year-old forward who can also play in different positions was invited by the Gambia Football Association, to take part in the upcoming African Orange U-20 Championship, slated for the 24th July.

Mboge who left The Gambia for the United Kingdom at the age of 13, has confirmed to Pointsport in an interview at his residence in Kanifing that he has already joined the rest of his teammates at the Brikama Box Bar Mini-stadium on Tuesday morning, in preparation for the Orange Championship, as The Gambia looked set to host Sierra Leone in a fortnight time at the Independence Stadium in Bakau.

Mboge, who began his career with the Glory Baptist School team before moving to Marina International School a few years ago, had signed a two-year semi-professional contract with Unity FC, a youth team in the UK before proceeding to another youth team in Reading, called AFC Charvil where he managed to hold down a regular first team place.

His most outstanding achievement and performance to date was when he guided Eldon Celtic to a and District Sunday football league, called Treasurers' Cup winner in the season of 2009\10.

Mboge, who could not hide his satisfaction after he received invitation to play for his country told Pointsport that he was surprised, but at the same time happy to be part of the team which, he added, has always been his dream.

Eldon Celtic was founded in 1964, and has since its inception produced a good number of high-profile players, some of whom now play for high standard youth teams, such as and in the English Premier League. 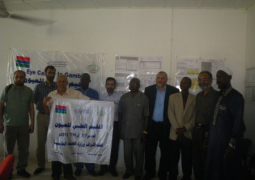