The Islamic Solidarity Sports Federation has in its 16th Executive Board meeting held in Jeddah last April selected Ousman Wadda as Treasurer of the Gambia National Olympic Committee, to serve in its Technical Committee.

Wadda will serve in the committee for a four-year term, starting from 2009 to 2013, when the 2nd Islamic Games is being held in Indonesia, in 2013.

Wadda's experience will be an asset to the Islamic Solidarity Sports Federation in its mission to serve the youths of the Islamic Ummah. 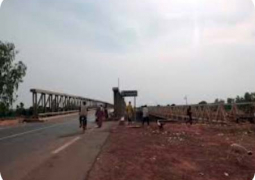