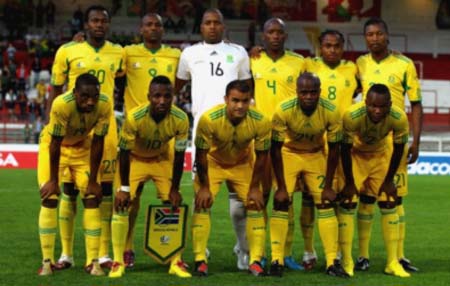 South Africa National team yesterday held their first training session at the FIFA Goal Project in Old Yundum for their 2017 Africa Cup of Nations qualifiers away to The Gambia tomorrow at the Independence Stadium in Bakau.

Bafana Bafana arrived in the country on Tuesday for their crunch continental biggest football fiesta qualifiers against the Scorpions tomorrow.

Bafana Bafana will hold their final training session at the Independence Stadium in Bakau today before their qualifiers tie against the Scorpions tomorrow.