Noah did everything just as God commanded him.” (Genesis 6:22)
“And Noah did all that the Lord commanded him.” (Genesis 7:5)
Noah became a laughing-stock when he embarked on his ark construction project. The people did not have the wildest clue what that huge structure was all about. They had never seen anything like that before and therefore could not make attempts at guessing either what its final purpose or the definite use would be.  In conclusion, they considered Noah had lost one of his bolts. But Noah had a purpose for building the ark. He was carrying out God’s instructions. “I am going to put an end to all people, for the earth is full with violence because of them. I am surely going to destroy both them and the earth. So make yourself an ark of cypress wood; make rooms in it and coat it with pitch inside and out. This is how you are to build it;” (Genesis 6:13-14)

Without any shadow of doubt, Noah went to work on God’s instructions. He was certain it was God who had spoken to him. With the help of his sons, that project became a reality but only after 120 years. Those were the days when people lived long. When God puts a purpose in your heart to achieve it does not matter how long it will take. What is important is whether you are on track and whether you would plan your part to the very end. Noah did. Noah’s assignment was not only to build an ark but to preach the Word, but to bring his people to repentance. Remember that “Noah was a righteous man, blameless among the people of his time, and he walked with God.” (Genesis 6:9)Why would a righteous God want to do something like that? Wipe his creation from the face of the earth. There is no smoke without fire. “Now the earth was corrupt in God’s sight and was full of violence.God saw how corrupt the earth had become, for all the people on earth had corrupted their ways.” (Genesis 6:11)
God intended to put an end to wickedness and filth by washing it away as waste and debris under the flood.“I am going to bring floodwaters on the earth to destroy all life under the heavens, every creature that has the breadth of life in it. Everything on earth will perish.” (Genesis 6:17) Wickedness is contagious and God wanted to have it done away with in order to make a fresh start. To realise this he instructed Noah to expect a pair of every animal to come to the ark; he should stock up food as well for their livelihood. When the stage had been set and the different phases of the plan had been accomplished, God was prepared to put his plan into action. All along Noah collaborated with God following his instructions to the letter. God then instructed him. “Go into the ark, you and your whole family because I have found you righteous in this generation.” (Genesis 7:1)
The timing was right, the detail precise. “Seven days from now I will send rain on the earth for forty days and forty nights and I will wipe from the face of the earth every living creature I have made.” (Genesis 7:4) God confided in Noah every aspect of the plan as it unfolded. Nothing was hidden from him. They were in the ark seven days before the rains came. 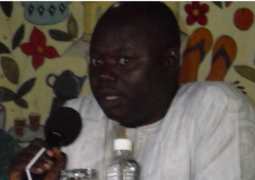