Magistrate Dayo Small of the Brikama magistrates’ court yesterday convicted one Ndey Touray, a nurse at the Brikama health centre, charged with rash and negligent conduct, and official corruption.

Ndey Touray was convicted in count one for rash and negligent conduct, and sentenced to one year four months imprisonment.

On the count of official corruption, she was fined D10,000 in default to serve six months in prison with hard labour.

She was acquitted and discharged on the charge of giving false information to a public officer.

Delivering the judgment, the magistrate told the court that the convicted person, Ndey Touray, and her co-accused persons were brought before his court, and jointly charged with three counts of rash and negligent conduct causing death, giving false information and official corruption.

They denied the charges, and the matter went to trial. The prosecution brought four witnesses, and tendered some exhibits.

At the closure of the prosecution’s case, the three other accused persons, Ansu Badjie, Adama Darboe and Fatou Sonko, were acquitted and discharged on all the charges.

However, Ndey Touray was asked to open her defence, which she did, testified, called her witness and tendered an exhibit.

The trial magistrate highlighted the evidence before the court, as presented by both the prosecution witnesses and the accused person.

The evidence of the first prosecution witness, Isatou Bah, was that they arrived at the health centre, and went to the accused person in the labour ward where they found her and others.

The first prosecution witness also testified that after the complainant gave birth, the accused person asked for D1,800 from her husband, Samba Sidibeh, who later gave her D400 and told her that he did not have the rest of the money.

The magistrate read the evidence of the third prosecution witness, the complainant herself, Binta Bah, who said the accused person did not attend to her when she was in labour, screaming for help, until she delivered on her own and the baby fell on the floor.

The negligence of the accused person caused the death of the newly-born baby, and the postmortem report also indicated that the baby fell and was injured on the head, which caused its death.

In her plea of mitigation, the accused asked for mercy, as she was dismissed from her job and has several children to take care of. 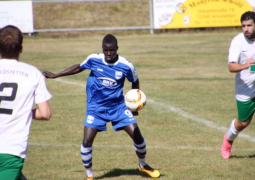