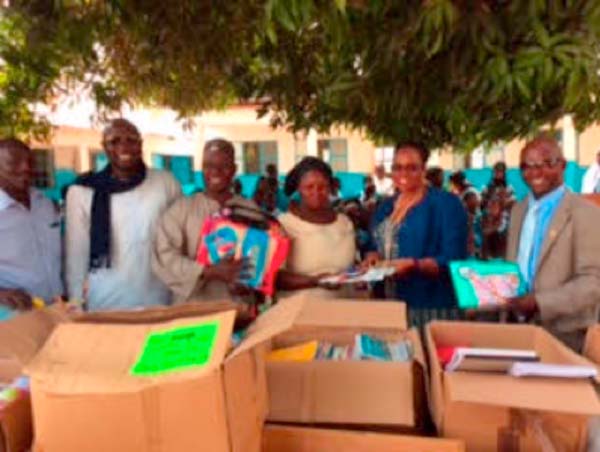 Rotary Club of Fajara in partnership with Rotary Club of Royden Revolve based in the UK on Monday handed over school furniture, learning materials, computers and other stuffs to Bright Star Nursery and Primary School in Old Yundum.

The presentation was attended by the president of Rotary Club of Fajara, Adama Wadda; the public relations officer, Sainey Manneh, and the past president of the club, Minyan Jobe.

Mrs Wadda said Rotary is all about helping those in need.  She told the pupils that their aim, as Rotarians, is to ensure that every pupil get proper education and grow up to become ministers, lawyers, journalists, nurses among other personalities in the society.

Rotarian Sainey Manneh, president-elect 2017-2018 for Rotary Club of Fajara, urged the students to make best use of the donated materials.

Benjamin Robert, a Rotarian and former minister of tourism, advised the students to take their education seriously as the future leaders of The Gambia.

In her vote of thanks, Betty Gomez, headmistress of Bright Star, commended the donors for “this magnificent gesture”.

In a similar development, on Monday, Rotary Club of Fajara donated 5,000 to CHOSAN charitable medical foundation to smoothen its operation.

The CHOSAN foundation was established in 2013 and is said to have helped more than 5,000 patients since then.

Receiving the cheque, Haruna S. Jallow, coordinator of CHOSAN, expressed appreciation for the donation, adding that the partnership with the rotary club would continue. 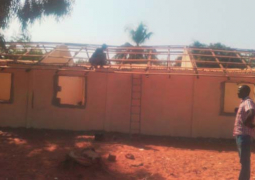