Rotary Club of Banjul on Tuesday inaugurated a lab dubbed ‘Centennial Science Laboratory for Secondary Schools’ and handed over the lab to the Ministry of Basic and Secondary Education.

It is expected to provide students who do their theoretical sessions within their schools the opportunity to move to the laboratory complex for their practical experiments.The lab experience would give students a deeper knowledge, insight and appreciation for the sciences.

In her inaugural statement, Fatou Lamin-Faye, minister of basic and secondary education, said the inauguration of the lab marks another milestone in the efforts to provide quality education and better educational facilities for Gambian youth who are opting for the core sciences.

She said The Gambia government will continue to create the enabling environment for partners such as Rotary Club of Banjul to come up with initiatives for the development and betterment of all.

“The government is highly appreciative of the complementary efforts of the Rotary Club of Banjul in providing quality education for all, particularly in the areas of sciences,” the education minister said while calling on other organisations to emulate the club.

Madam Faye said the gesture by the club in building a public library is a welcoming public-private partnership initiative and a demonstration that if adequate space is provided to the private sector, they can contribute immensely to the socio-economic development of the country.

The minister said her ministry would not only takeover the operations of the lab, it would also try to replicate it in all the regions during the next policy period, 2016-2030.

Fatou Bah, president of Rotary Club of Banjul, said that since its establishment in 1979, the club has successfully initiated and implemented dozens of community-based projects in the fields of education, health and agriculture across the length and breadth of The Gambia.

She said the Gambian leader, Yahya Jammeh, has contributed immensely to the realisation of the science laboratory as he provided the seed money for the construction of the facility through the Jammeh Foundation for Peace.

Mrs Bah said Rotary Club of Banjul this year has plans to conduct mathematics and science workshops and exhibitions for students in grade 7 – 9, starting with two regions.The aim of the proposed workshops is to strengthen the skills of students in science and technology, he added.

Permanent Secretary, Ministry of Basic and Secondary Education, Baboucarr Boye, in his remarks, said the promotion of science is high on The Gambia government’s socio-economic development agenda.

He said President Jammeh has, on numerous occasions, argued that if The Gambia is to be in firm control of its development aspirations, the teaching of science in schools must be given priority.

PS Boye said the Ministry of Basic Education is mandated to provide every secondary school with an equipped laboratory to enhance and develop science education in The Gambia.

“However, the cost of the services and facilities coupled with some other engagements limits their expansion,” he explained.

The inauguration of the Centennial Science Laboratory was attended by the mayors of Ziguinchor (Senegal) and KMC among other dignitaries and a cross-section of the society. 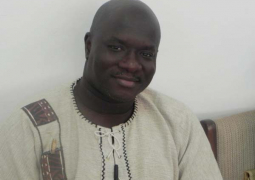