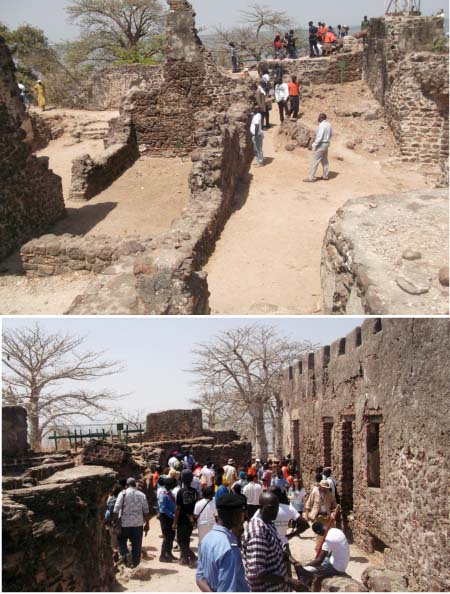 International and national participants of the ongoing International Roots Festival on Monday visited Kunta Kinteh Island in Juffureh, the native village of the most famous Gambian slave, Kunta Kinteh.

The participants visited the slave museum where most of the materials used by the slaves during the slavery days are being kept for posterity.

Kunta Kinteh Island, formerly known as James Island, was a place where thousands of slaves departed from to various parts of America or the West Indies.

Officials said the island is significant not only to The Gambia but the whole of Africa and the world at large.

Tourism Minister Benjamin Roberts said the diasporans should count themselves lucky for been part of the ones to visit the historic island; it was a new experience.

“With the experience you have today, we hope you will go back and inspire others so that they can also come and feel the same thing,” he told the international participants.

The minister said The Gambia is known for its peace and tranquility; it is a country with opened arms to embrace all irrespective of religion.

He called on the international participants to work with the Gambian officials in the promotion of the country’s culture to another level.

Governor Lamin Queen Jammeh of North Bank Region said Gambian culture can only be recognised through such initiatives like roots festival as it helps in fostering culture.

He thanked The Gambia government “for nurturing culture” by organising the roots festival.