The robbery trial involving one Gibby Sey continued recently at the Special Criminal Court in Banjul before Justice Emmanuel Nkea.

It continued with the evidence of the sixth prosecution witness (PW6), Pa Alieu Samba, a resident of Kubuneh in the Kombo North, and a driver by profession.

Samba told the court that he shared the same garage with the accused, Gibby Sey, adding that he was at home when the accused paid a visit to him, informing him that he (the accused) was about to travel to Binjona in Casamance, because he was sent there to attend the 40-day charity of his grandmother.

He adduced that the accused asked him to accompany him, adding that upon their arrival at Jilulum, they found a gendarmerie officer who asked them about their Lesser Passé but the accused was not in the vehicle at the time, it was him and one Landing.

The said officer whisked them to their camp, and detained them in order to enable the officer to set an eye on the accused, adding after 3 days’ time, they were released out of the cell, and taken to Giborro, at the Gambian side of the border.

The witness added that he and Landing were taken to Brikama Police Station, where they were informed that the said vehicle was a stolen vehicle, adding that he felt shocked by the said information because stealing was not his habit.

He added that at that juncture, he informed the accused that he should not involved him in such as he was a family man, stating that they were later taken to the major crime unit where statements were obtained from them. 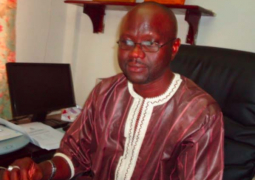