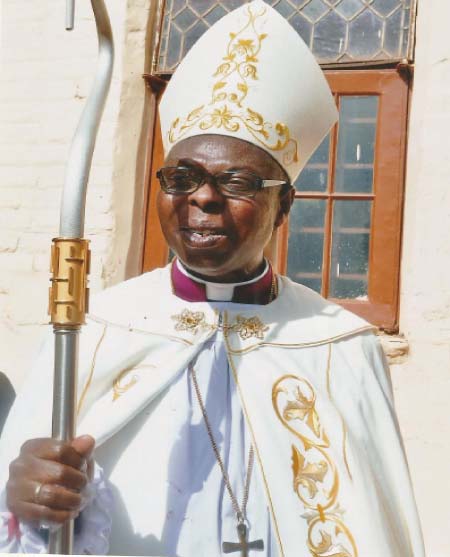 The solemn five-hour enthronement service of Canon Odico to the office of Bishop of Gambia was officiated by the Most Rev Dr Daniel Yinka Sarfo, primate and metropolitan of the Church of the Province of West African (CPWA) and a resplendent bench of bishops of the Province on Sunday 24 January 2016, was consecrated and enthroned, witnessed by a packed church of parishioners, family, friends and invited dignitaries from all walks of life, prominent among whom was His Lordship the Mayor of Banjul, Abdoulie Bah.

The former dean of the Cathedral of St Mary was elected bishop at a Special Synod of the Diocese of Gambia held at Christ Church, Serrekunda, on November 20, 2016, following a four-round secret ballot, a stalemate which was brought to conclusion in a negotiated settlement (between the two contenders alone in camera) the outcome which was pronounced in an historic declaration of consent and brotherhood when the prime contender out of the three applicants to the office, Canon Jacob Okiki Cole, in a passionate plea to Synod, asked delegates to vote in favour to give Canon Yaw Odico the two-thirds majority he needed to be elected bishop. Under the guidance of His Grace the Most Rev Yinka Sarfo, ably supported by the Provincial and Diocesan Chancellor Sophia O.A. Adinyira, interim Supervising Bishop of Gambia Diocese Albert D.G. Gomez, Canon Yaw Odico was duly elected bishop, 7th in succession since creation of the Diocese in 1935.

Bishop Odico joined the Anglican ministry as Deacon on November 28, 1999 and was ordained Priest on January 6, 2002. Over the past 16 years he has served the Diocese in various positions as parish priest, dean of the Cathedral and, currently, as the Vicar General, succeeding the late CPWA Primate and first Gambian Bishop Solomon Tilewa E.W. Johnson who passed away on January 21, 2014.

After graduation from High School he was employed at the Methodist Bookshop on a Sales Clerk from 1961 to 1974. In September 1964, the Rt Rev Jean Regal Elisee sent him to Immanuel College of Theology, Ibadan, Nigeria, for one academic year at the end of which he earned a certificate on Christian Education and Youth Work.

On his return, James worked for the Diocese from 1975 to 1978. During this period, in 1975, he registered for a correspondent course in Business English. After his three-year stint with the Diocese, James then entered the banking sector, and more recently has worked at the Senegambia Beach Hotel as the Head of Store.

He was an altar boy in his early days. In his youth he devotional secretary of the Anglican Young People’s Association (AYPA), a position to which he was unanimously elected year after year because of his inclination to ‘priesthood.’ In riper years he served as a member of the Ushers’ Guild where he was secretary for a number of years. He joined the Boys’ Brigade and was an active member. From 1984 to 1989 he became a member of the Christ Church youth group and was also a Sunday School teacher in the parish.

His membership of the Full Gospel Businessmen’s Fellowship International (FGBMF), a board member of the Young Men’s Christian Association (YMCA-Gambia, and his current seat in the finance and administration sub-committee of the Gambia Christian Council where he was treasurer for seven years speak of his focus on a church-centred life.

In 1966 Yaw Odico enrolled in the Diocesan School of Evangelism and was awarded the Bishop’s Certificate of Proficiency in 1997 and an Advanced Certificate in Biblical Studies in 1999 and was licensed a Diocesan lay reader in 1998.

Encouraged by his diocesan bishop, the Most Rev Tilewa Johnson he was called to ministry without pay until he was deacon in 1999 and priest on the Feast of the Epiphany in 2002. In August 2002, he studied in Holland, Michigan, USA, at a one-semester course in the areas of ministry across cultures, contextual theology, equipping for evangelism and the Old Testament prophets.

He was assigned on his return to Christ Church, Serrekunda, as “associate priest” and served in that capacity until June 2006 at which time he was appointed “sub-canon” at the St Mary’s Cathedral. From May 2008 to April 2015, Canon Odico was appointed “interim priest-in-charge” at St Andrews Church, Lamin. He also served as interim pastoral overseer on several occasions in the absence of his diocesan bishop. On February 3, 2014, his appointed Vicar General by the Diocesan Standing Committee, with the blessing of Primate Yinka Sarfo. In his term the Kristi Kunda School at Kantora District, Upper River Region, was reopened.

Canon Odico who was appointed and installed dean of the St Mary’s Cathedral in Banjul in May 1, 2015, is married to Mother Marian Georgiana Efuah Odico in a union that is blessed with 4 children.

Bishop Odico is ascribed with the worthy traits of a good listener with the greater virtue of humility as he faces all the challenges of his vocation. He is convinced of his call to the sacred ministry and believes on the power of prayer and the Word of God. He has a heart for Liturgy and Worship and spends time reading and studying the Scriptures. He cares deeply about his faith and the doctrine of the Church. He has a strong sense of duty and dedication that would serve him well in this new phase of his ministry. 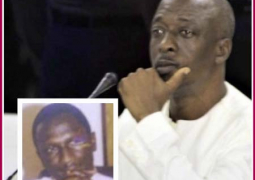 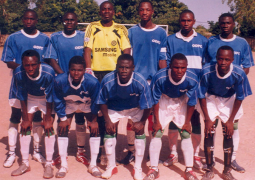