The promotion of bilateral relations between countries should be given a high priority, if the dream of African integration is to be realised.

It should be given all the necessary support, especially where ties seem to be cool or dormant, so as to ensure that such relations take on a new phase towards building peace and stability on the African continent.

Our focus is the three-day meeting on the Senegalo-Gambian boundary commission, which opened at the Laico Atlantic Hotel in Banjul on Tuesday.

The meeting, which brings together senior government officials from Banjul and Dakar, forms part of a series of meetings held in both countries relating to the adoption of appropriate strategies and mechanisms for the sustainable management of the common borders between the two states.

It provides an opportunity for participants to discuss various topics including a review of the demarcation process according to the African Union Border Program (AUBP) principles.

The Gambia and Senegal are two countries with peoples who share the same ethnic groups and national languages, and the two governments and states have a duty to build close collaboration and contacts in the interest of their peoples.

Our two leaders must always work to promote peace, stability and brotherhood between their countries, as this will go a long way toward ensuring stability in the sub-region.

Since whatever affects one country will affect the other, they must work closely to consolidate the existing ties.

The two states must facilitate the free movement of people, goods and services, as envisaged under ECOWAS protocols.

The media have an important role to play in this process of bringing the two governments and states closer together, and they must not be found wanting in this crusade.

Indeed, nurturing excellent relations, as we always highlighted on these pages, should be the business of all Senegambians.

“We make our friends, we make our enemies; but God makes our next-door neighbour.” 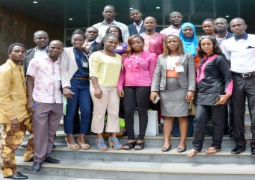 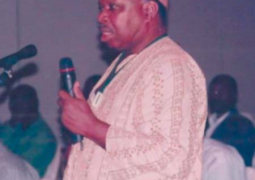