The Special Criminal Court in Banjul yesterday convicted and sentenced Abdou Willan and Musa Jobe, said to be employee of the Gambia Revenue Authority (GRA), to five years in prison with hard labour.

In the same vein the court acquitted and discharged Tida Badjie and Temple Godson of all the charges against them.

The court had also ordered each convicted person to pay to GRA D30,000 in default they would serve another two years in prison with hard labour.

Justice Emmanuel Nkea further ordered that the printing machines and all other exhibits recovered from the accused persons be forfeited to the government corporation that was engaged in printing, that is, the Gambia Printing and Publishing Corporation, and that the Sheriff ensured compliance with the order.

This was in the judgment delivered by Justice Nkea yesterday, which marked the end of the trial.

The judge stated that the prosecution had in count one and two stated that the accused persons, Abdou Willan, Musa Jobe, Tida Badjie, Temple Godson, Ousman Manjang, and Zainey Faal, on 7 February 2011, conspired to forge official vehicle licenses and road tax certificates.

Count three stated that the fourth accused person was said to have been in possession of a printing machine, scanning machine and a computer for the purpose of forging the said official documents.

Count four stated that the accused persons had intentional and jointly caused losses to the Government of The Gambia, by engaging in the sale of forged vehicle licenses and road tax certificates.

All the accused persons denied the charges preferred against them, the judge said, and the prosecution led evidence through two witnesses and tendered exhibits.

Justice Nkea further stated that the services of the graphic designer was retained by Zainey Faal to design fake licenses and road tax certificates without him, Temple Godson, ever knowing that he was being engaged in an unlawful exercise.

He added that Zainey Faal himself admitted this fact to the court when he testified by informing Temple Godson that the job emanated from GRA through the 2nd accused.

There was much compelling evidence of a determined effort by Ousman Manjang, Zainey Faal, Abdou Willan and Musa Jobe, to jointly accomplish the illegal purpose of forging vehicle licenses and road tax certificates, according to the judge.

The 1st accused, Abdou Willian and Musa Jobe, the 2nd accused, made effective efforts and more than 1,935 vehicle licenses and road tax certificates were printed, he said.

The judge further stated that he found a clean nexus between Ousman Manjang, Zainey Faal, Abdou Willian, and Musa Jobe, in conceiving and perpetrating this criminal enterprise.

There was a great conspiracy network in getting the vehicle licenses and road tax certificates forged by this four persons, he said, adding that they furthered their mission by selling the forged items to unsuspecting vehicle owners.

“The effect is that they caused a drain in the public revenue,” he stated, adding that in the view of the foregoing, he was satisfied that the prosecution had proven its case against Abdou Willan and Musa Jobe.

For the offences of conspiracy, forgery and economic crime, Ousman Manjang and Zainey Faal had earlier pleaded guilty, and they were convicted and sentenced accordingly.

“Since the prosecution had failed to prove their case against the 3rd and 4th accused persons, Tida Badjie and Temple Godson, with the certainty required by law, they are hereby acquitted and discharged on all the counts,” the judge declared. 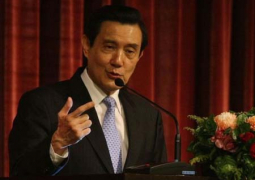 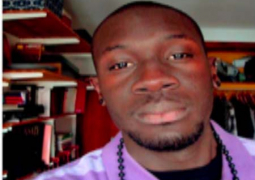