The Regional Forestry Officer in Central River Region has warned forest intruders and illegal loggers that anyone found wanting in the region would face the full force of the law.

Cherno Gaye was speaking in an interview with this paper recently at his office in Janjangbureh, Central River Region south.

The protection of the forest and its resources is the responsibility of not only foresters or the forest department but all and sundry, he said.

According to him, logging is illegal in The Gambia; therefore they are closely monitoring the activities of loggers.

“We have taken a new move in intensifying our monitoring and will not relent in our efforts at curbing illegal logging and other illegal forest practices,” he added.

According to him, people are trying to log in his region but his office has endeavoured to punish anyone found doing so.

“We know that a good number of loggers log from the neighbouring country but we also know very well that there are some unscrupulous people who hide behind those people that intrude into Gambian forest, for their selfish interest,” he noted.

Mr Gaye further stressed that if the forest resources are washed away it will have negative consequences on the lives of people and the development of the country.

He commended the local authorities, sister securities and the local community for their cooperation and support in the struggle to end illegal logging in the region. 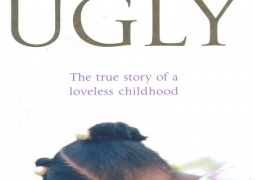