On the bamboo couch she sat. Cuddled in her arms, close to the chest, a baby: frail looking and malnourished. Strapped to her back was another child, probably two years old. Not any older. The mother, herself a sapling, stared into space, as if in a reverie, as if possessed. Frozen. Glassy-eyed. You can tell she was in deep thought, a pensive, sombre mood. In her hands, she clutched a photo of herself. Beautiful, full of zest, a kind of sartorial elegance too. Her salad days, when her dream was to become a doctor, to give life and hope to people. Now a mother of four children. A school dropout. Dreams shattered. With no skills or education, she is also the victim of domestic abuse. Her contributions to the upkeep of the family, with no financial price tag, are discounted by her husband as material. “My wife does not work” is what her husband tells everyone who loves to listen.

In another scene, in the back waters of The Gambia, is a woman in her forties nicknamed ‘Winnie’ by the male folk, a title, if it is one, that smacks of condescension. In the middle of a circle she stands, surrounded by men and few women. She speaks passionately about the role of women in national development, the need to hear the ‘other’ voices, those silent, muzzled voices. The jeering and laughter are audible. It is evident that her audacity, self-confidence and self-assertion, the desire to be counted and taken seriously, emasculate the men. Thus, the nick name which has come to stick like mud. She is the ‘modern’ woman in a traditional setting-aware, empowered and ready to take her rightful place in the comity of men, in a society defined by patriarchy and ruled by patriarchs. Unfortunately, she has been made the scorn and her husband, her tower of strength, is ridiculed as henpecked. The other women in the village, hating their exclusion from decision making and distance from the power base, have been threatened with divorce and violence if they join the ranks of the ‘rebel’. They caved in.

Fast forward…. A group of men; some of them ‘educated’ and others half-baked in a religion they poorly understand and inadequately practiced. The leitmotif of their argument is whether or not women should have rights. In their voices and from the contours on the faces, the verdict can be deduced. Certainly no concept is being pilloried and castigated in our society today than “women’s rights”, albeit erroneously. “Women’s rights” has been reduced to ’50-50’, whatever that term means. The idea of a woman with prescribed rights of her own, independent of her husband or father and different from what society ascribes or prescribes for her make many men jitter and shudder in disbelief. To many men the concept of ‘women’s rights’ is a subversion, a ploy to destroy the sanctity of marriage and undermine cherished and long-standing customs and traditions, an attempt to take away the authority of men and husbands. This backlash and negative reaction is the cog that makes the wheel of progress on ‘women’s rights’ grind slowly and excruciatingly.

Regardless, Women’s Rights Organisations and the national machinery for women’s matters are pushing forward, undaunted by the challenges and the smear campaign against women’s rights that some men engage in. Even if not everything is bright on the page, certainly all is clear. Minds are changing positively while walls are also being erected to protect against the wind of change. A Manichean struggle. Indeed, one of the greatest impact of thestruggle in The Gambia is that women are not only more aware of their rights now but are also openly and courageously articulating that awareness- critically interrogating the foundations of patriarchy and ‘culture’ that engender their discrimination, marginalisation and exclusion from polity and leadership, making demands on society or expressing their frustration with the chasm between rhetoric about their rights and the slow pace of action, or merelyholding the mirrors to the face of their men.

Undoubtedly, there is high political commitment to the cause of women and who are now more visible on the national stage than ever before. The legal frameworks are in place to ensure the respect, protection and realisation of their rights. Institutions and structures to ensure effective implementation of programmes and policies in favour of women are being strengthened. More is being done. Much more needs doing, especially on the socio-cultural, religious, political and economic fronts. Rights of women and girls continue to be violated, in the homes, on the streets, at the work places and in the communities, often under the guise of paternalistic support and protection. These violations traumatise the mind, wound the body, deny voice and space, smother opinions, sap productivity at the work place, economically constrain the medical delivery system and deny the nation the benefits that accrue from the initiatives and ideas of half its population.

There is domestic violence, perpetrated by husbands and condoned by society as permissible. The home, where love and protection are taken for granted, is the very setting which allows violence against the woman- physical, sexual, emotional and economic violence. At the work place, young ladies face quid pro quo sexual harassment where employment decisions or expectations are made based on an employee’s willingness to grant or deny sexual favors. Trapped, many young ladies silently suffer the trauma, inuring themselves to the experience. Productivity declines. Absenteeism becomes their way of escaping the torment. Others, left with no choice, quit the work and resign themselves to what fate holds for them.And the most disheartening of all- the ‘dress code’ justifier for the rape of children.

Land is, by and large, the property of the ‘Kabilo’, and it is the men who decide which land a woman holds in her name as long as she remains married within the clan or the family. Our fight against hunger, and securing the right to food, could be swiftly won when we increase women’s access to and ownership of land. This may call for a revisiting of our land tenure system, taking cognizance of the local context.

Women continue, to a greater extent and in spite of their numerical strength, to be on the menu but not at decision-making tables. They are, by and large, excluded from political power. A cursory glance at our National Assembly and local area councils will show a dismal representation of women in these bodies.

The Beijing Platform for Action recommended that governments set a target of 30% of seats for women in national parliaments. This is necessary because there are many factors that conspire against women’s participation in politics-the cultural norms, local hierarchies, the insults and name calling, the sexism, the rigours of electioneering, financial burden, etc. To realize this, our political parties must take deliberate measures to have quota system in place to promote women’s ascendancy to political power at both local and national levels. Women’s right to equal participation in national and local decision making bodies must be matched by their representation in these bodies. There is evidence that society at large benefits when women are in leadership positions. It is argued that “the state of women’s political participation mirrors their economic status”. 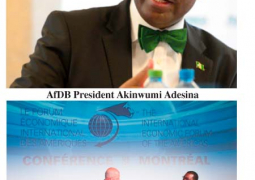