Forty-three alkali within the West Coast region, in consultation with officials of the department of forestry, at the weekend converged at Sibanor at Chief Alfusainey Jarju’s residence to discuss issues affecting The Gambia’s natural forest.

According to the district authority, the meeting was part of their usual routine monthly meetings in the West Coast Region.

The meeting also focused on the review of the previous years’ fire assessment with the district fire committee; secondly the rule governing the importation of trees in the country, which was the main agenda of the meeting, and the issue of tree planting for this year were also discussed.

Speaking at the meeting, the host chief Alfusainey Jarjue of Foni Bintang Karanai in the West Coast Region, said the meeting was very important since 75 per cent of the Gambians are directly dependent on the forest.

While highlighting some of the factors affecting the forest, chief Jarjue stressed the need for a collective effort and immediate action taken against forest intruders in the best interest of the nation.

For his part, the regional forestry officer in the West Coast Region, Ousainou Cham, applauded the district authority for organising the meeting,

He also said charcoal production has become a leading venture in The Gambia today, particularly in the West Coast region, but should be stopped because it is gravely affecting the life of the country’s forest. “It is even banned by a presidential decree and the law of the land.

Mr Cham also said the re-export trade of the Keno tree is about to end and effort should be put in place to ensure that no Keno is imported across the boarder of West Coast Region come 31 August 2012, even though the deadline for its transaction is 15 August 2012.

Legal action will be taken against anyone found wanting, he added.

There should be no conversion of natural forest for any other purpose, without impact assessment, Mr Cham said, adding that the ban on charcoal production and Keno tree importation should be enforced come 31 August.

Also speaking at the meeting, the president of Komfora, Seku Janko, also expressed great concern over the rampant cutting of trees in the forest without going through the right procedure.

“If anyone needs trees for domestic purpose, try to see the VDC in consultation with the alkali for the chief’s approval,” Mr Janko said. 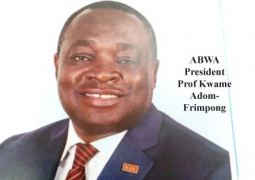