Imagine yourself in the boxing ring. First round, you receive a bashing; second round same, third round your legs begin to wobble. By the fourth round, you cannot muster enough courage to stand up and receive some more thrashing. You end up throwing in the towel after repeated punches. It should not be that way and we cannot choose to live that way when we have a God who is caring to the point of fighting on our behalf. A popular adage says, ‘you cannot have a spoon and choose to stir the pot with your hand.’

If you decide to live life in your own strength that would sure be the outcome; defeat after defeat, failure upon failure. Jesus says; “I have come that they may have life, and have it to the full.” (John 10:10) Do not live this life short-changed by counting on your intelligence and experience to get by. The challenges can overwhelm you. There is a God who is the Alpha and Omega, the Beginning and the End. All he desires is that we turn from our wicked ways and live (Ezekiel 18:23); that we put all our trust in him and not on what we know or can do. And he will lead us through the right paths to put “... a table before [us] in the presence of [our] enemies.” (Psalm 23:5) He assures us that we need not fear any evil, “Even though I (you) walk through the valley of the shadow of death, I (you) will fear no evil, for you are with me; your rod and your staff they comfort me.” (Psalm 23:4)

God promises to fight our battles for us if we hand them over to him. He dealt with Pharaoh ruthlessly when the latter was reluctant to set the Children of Israel free and made a public display of him. “I will harden the hearts of the Egyptians so that they will go after them (the Israelites). And I will gain glory through Pharaoh and all his army, through his chariots and his horsemen. The Egyptians will know that I am the Lord when I gain glory through Pharaoh, his chariots and his horsemen.” (Exodus 14:17-18)

All of Israel’s enemies trembled with fear at the thought that the Children of Israel would have to go through their land on their way to the Promised Land, because they knew that their God was a formidable force. He has never ceased to be one, by the way. He says; “Call upon me in time of trouble and I will answer you and tell you great and unsearchable things you do not know.” (Jeremiah 33:3)

The whole army of Israel was literally shaking before a giant named Goliath – an experienced warrior of great renown. He was feared. David, a youngster, on the contrary wanted the reward for the one who would kill Goliath. “What will be done for the man who kills this Philistine and removes this disgrace from Israel? Who is this uncircumcised Philistine that he should defy the armies of the living God?” (1 Samuel 17:26)

David threatened him thus; “You come against me with sword and spear and javelin, but I come against you in the name of the Lord Almighty, the God of the armies of Israel whom you have defied. This day the Lord will hand you over to me and I will strike you down and cut off your head.” (1 Samuel 17:45-46) That was exactly how it ended. When you are confident in the one who is backing you, you behave differently. It is only when a blind man has a piece of stone under his feet that he can threaten to harm you. Young David knew in whom he had put his trust and Goliath was for him another opportunity for the name of Jehovah to be glorified. He had defended his sheep with his bare hands against a bear and a lion that wanted to devour it. It would not be any different with Goliath. (1 Samuel 17:43-37)

Jericho, a fortified Philistine city, under siege by the Israelite army collapsed like a pack of cards without a single arrow being shot. All they had to do was to listen to the instructions of the Captain of the Host and Jericho with all its sophisticated weaponry and airtight security was conquered by Israel. Joshua had put his whole trust in God and his power to deliver Jericho into his hands.

It does not matter what form the enemy takes; it could be sickness, financial lack, family struggles over property, persecution, your marriage on the rocks; “They will come at you from one direction but flee from you in seven.” (Deuteronomy 28:7b)Our God will raise a barrier up against it, him, her or them and that will solve it.

Entrust your next battle to Jehovah Nissi and watch who claims victory. 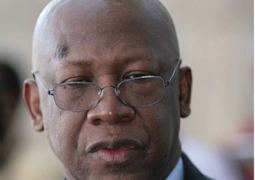 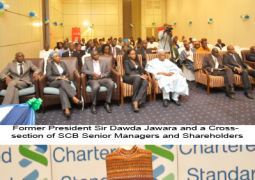