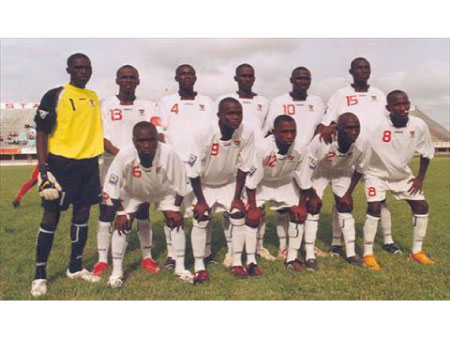 City boys, who failed to retain their 2011-2012 league crown last season, will be hoping for a win against ferry boys to keep their chances of clinching the league title.

Ferry boys will also be expecting a victory against city boys to keep their hopes of claiming the league title after three years of trophy drought.

Elsewhere, newly-promoted side Banjul United will play against Hawks in an all-Banjul derby game at the Banjul KG5 Mini Stadium on the same day.

Banjul United were promoted to the premier tier after finishing 2nd position in the second tier in 2012-2013 season behind 2nd Division champions Wallidan, while Hawks, a household name in the country’s premier league, will be expecting a win against Banjul United.

Gamtel, on the other hand, will also be expecting a win against Brikama United to keep their chances of lifting their first-ever division one league title.

Record champions Wallidan will lock horns with Bakau United at the Serrekunda East Mini Stadium. Wallidan re-gained promotion to the top tier following demotion to the second tier in the 2011-2012 season and will be coming all out for a win to stay in the top tier.

Bakau United under the guidance of the new head coach Lamin Sarr willalso be coming all out for a victory against Wallidan to boost their chances of winning their first-ever league title.

Steve Biko are hoping to bounce back, after losing to Gamtel in the Super Cup final at the weekend, to keep their hopes of retaining their 2012-2013 league crown.

Armed Forces will also be expecting a win against Steve Biko to claim the league after five years of trophy drought.