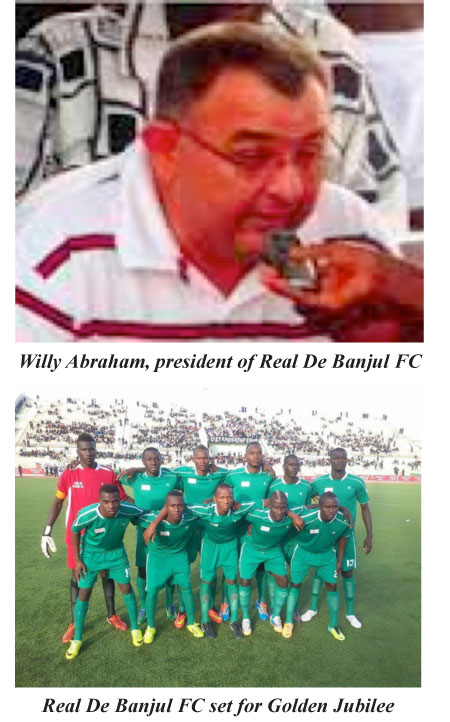 Real De Banjul Football Club yesterday briefed the media about the club’s Golden Jubilee set for later this year, at the Oasis Apartments in Senegambia, Kololi.

The briefing was attended by founding members of the club, senior officials, head coach, and captain of the club.

In his speech, Ebou Joof, a founding member of the club, said Real De Banjul was formed by students who took part in a tournament in Senegal, adding that the team was called Benson Hedges and later named Real De Banjul.

Joof hailed the management of the club for organizing the event and celebrating the club’s 50-year anniversary.

For his part, Willy Abraham of Real De Banjul said they were glad to organize the occasion to brief the media about the club’s forthcoming 50th anniversary.

“Real De Banjul is growing fast due to the tireless efforts of the management,” he said.

Abraham stated that the 50th anniversary will commence with a nationwide tour, adding that the club will play with regions during the tour.

He further said they are inviting some clubs in Africa, as well as Gambian clubs, to attend the golden jubilee while calling for support from companies and individuals towards the anniversary.

Abraham applauded the club’s founding members for showing up and partaking in the event.