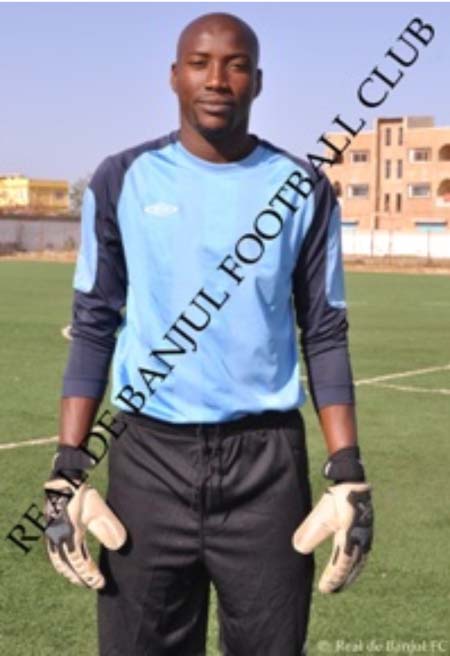 He has been a loyal servant of the club after joining in 2006 and guiding it to several accolades in Gambia.

Jobe, 26, has captained The Gambia national team for several years and has been a surrogate in between the posts for the country’s teams for the past decade.

President William Abraham said: “We are delighted that Modou Jobe has finally left us to begin his professional career elsewhere. He is a player that I admire because of his loyalty to the club which is very hard to find nowadays. He has proved he is a great player with his performances for us and the national team in recent seasons, and we wish him all the best with his new team.”

After completing his move to the Grand-Dakar club, Jobe said: “This is a dream come true and a great joy to be joining Niarry Tally. I’m very excited about playing in Senegal and I want to thank William [Abraham], Pa Yusupha [Samba], Bakary [Jammeh], Riad Azzi and the Real Executive for the opportunity. I wish the club all the best!”

Jobe has linked up with his team and has travelled to Senegal with them ahead of the commencement of the league season in Dakar.

Everyone at Real de Banjul would like to thank Modou Jobe for his contribution to the club and wish him well with the Senegalese side. Source: realdebanjul.gm