Immigration has defeated Kinteh’s 3-in the 2019-2020 Gambia Football Federation (GFF) women’s division one league, played at the Kinteh’s at Father Gough Sports Complex in Manjai Kunda.

Immigration Rohey Badjie opened the scores in the 32 minute of the game before Diminga Sylva doubled their advantage after the interval. Mariama Cham netted the third goal in the stoppage time to bag the vital three points.

Speaking to The Point Sports after the game, head coach of Immigration Fanding Badjie expressed his pleasure for the victory.

Yusupha Sanyang, caretaker coach of Kinteh’s said the game was a learning point for him since his side returned to the country’s top flight league. 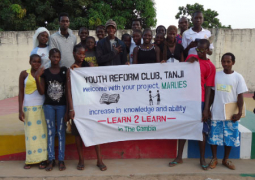