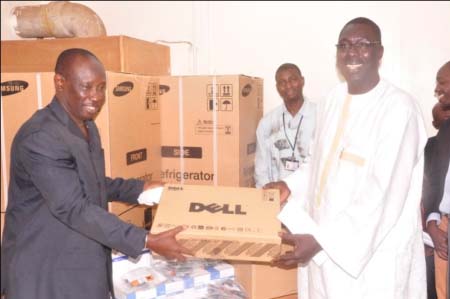 Public Utilities Regulatory Authority (PURA) on Wednesday handed over equipment purchased for the Abuko lab of the Department of Water Resources at a ceremony held at its office in Abuko.

The handing over of the equipment came through an MoU with the DWR.

PURA supports the lab with the procurement of reagents and in return the lab conducts quarterly nationwide water quality testing on behalf of PURA.

Delivering his official speech, Hon. Mass Axi Gai, Minister of Water Resources, said the Department of Water Resources under his Ministry has since the establishment of PURA, enjoyed privileged relations with it.

Series of MoUs for the implementation of relevant interventions for the benefit of the public and private sectors have been signed and executed to the satisfaction of all parties, including the beneficiaries.

Hon. Mass Axi Gai said the collaboration started in 2009 when PURA funded the strengthening of capacities of the laboratory, through the funding of a study tour to similar laboratories in Senegal and the provision of laboratory chemical reagents and equipment.

PURA continues to support the laboratory in other aspects such as the provision of logistics for staff to conduct continuous monitoring of water quality supplied by NAWEC in all its facilities countrywide.

“My Ministry and PURA are both grateful to His Excellency President Yahya Jammeh for creating the conducive environment to ensure the judicious use of public resources for sustained national development,” the minister said. “The contribution of clean water supply to national development cannot be overemphasised. As we implement the Programme of Accelerated Growth and Employment (PAGE), a healthy workforce is obviously a necessity.

“As such this contribution to the Water Quality Monitoring and Control Laboratory is indeed highly cherished and I personally assure all the stakeholders that the support would be put to good use for the enhancement for our national development goals.”

Mr Jobe added that the ceremony marked an important milestone in the relationship that started about four years ago.

“In 2009, PURA and the DWR entered into an MoU in which the DWR’s Abuko lab would carry out independent water quality sampling and analysis for PURA,” he said.

“In return, PURA supports the lab’s through annual financial assistance to purchase reagents and logistical support for quarterly monitoring exercise to ensure the quality of portable water services provided by NAWEC meet the WHO Drinking Water Standard.”

Director Jobe went further to explain that since 2009, PURA had invested over D600,000 towards the partnership.

The efforts by the team at the Department of Water Resources have enabled PURA to effectively monitor water quality standards throughout The Gambia.

These tests in certain instances have formed the basis of remedial action and policy advice on water quality issues over the years, Mr Jobe said. 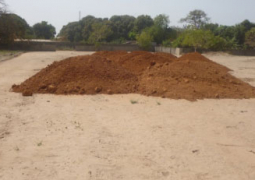