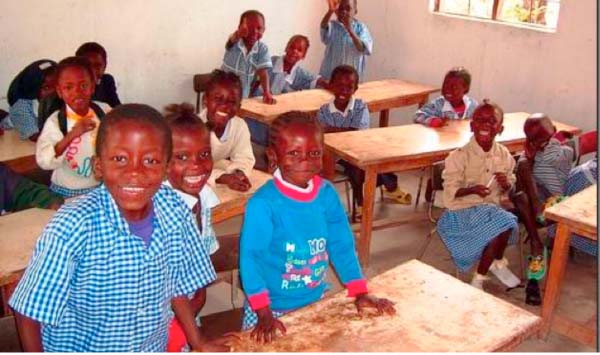 The UN resident coordinator has indicated that the school feeding programme of the World Food Programme and The Gambia government has played a vital role in addressing access to education at primary school level.

Delivering a statement at the commemoration of the 70th anniversary of the UN held at a hotel in Kololi, Ade Momonyane Lekoetje pointed out that the feeding programme also contributed greatly in addressing malnutrition among primary school children.

The UN diplomat explained that apart from the provision of food, The Gambia government’s policy of free primary and secondary education has enhanced access to education for most children.

Waiving school fees couple with food provision are largely responsible for increasing primary enrollment to almost 100 per cent, she said.

Ms Lekoetje further said child protection and welfare is one of the key areas of intervention by the UN System in The Gambia, through the United Nations Development Assistance Framework (UNDAF).

“Through this framework, our support to the Gambia] government spans a number of programmatic and policy areas in nutrition, school feeding, health, education and children’s rights including the rights of the girl-child,” she added.

The UN resident coordinator said The Gambia government has made commendable progress in promotion, fulfillment and protection of the rights of children, especially in the areas of protection from violence, abuse and exploitation.

The government’s “unwavering commitment” in the eradication of hunger and poverty is further demonstration of its dedication to addressing child protection issues, poverty, education and healthcare.

According to her, the government’s commitment is also demonstrated in a number of national policies, programmes and laws.

“These achievements are the result of the fruitful cooperation between the government and the UN System,” she said.