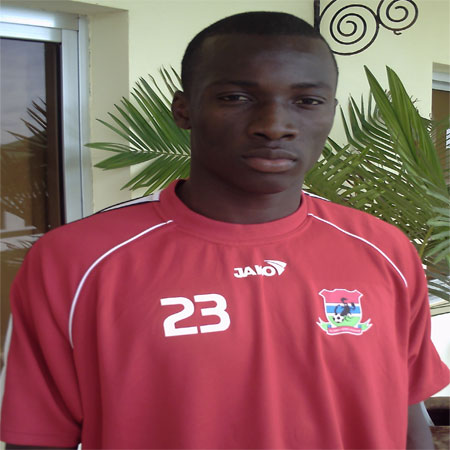 The young Gambian teenager Omar Koroma, has expressed his happiness and readiness to play at senior national level after receiving a call to come and play for his homeland in the 2010 World and African cup of nations qualifiers.

OJ Koroma, who has just registered his name in the history of the English league after been the first Gambian to be signed by an English Premiership club, and loaned to the English championship team . He is expected to make his first appearance for The Gambia on Saturday.

The young lad could not hide his readiness to play for his country while speaking to Pointsports after being called to play by the senior national Team Coach Paul Put.

Meanwhile Cherno Samba, Tijan Jaiteh, Ngogu Demba, have finally joined the team in camp and all players will be training to impress Coach Paul Put.