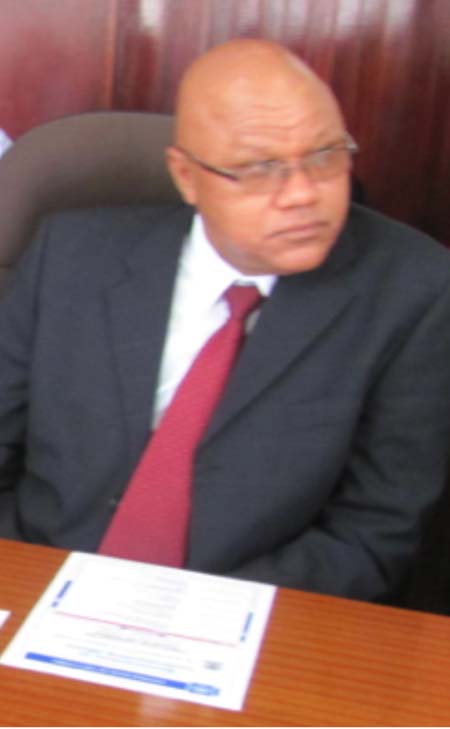 A Memorandum of Understanding (MoU) was signed between the National Agricultural Land and Water Management Development Project (Nema) and two Financial Institutions - Arab Gambia Islamic Bank (AGIB) and the First International Bank (FIB) at a ceremony held at the premises of Nema.

The MoU is geared towards supporting beneficiaries in creating opportunities for both small and medium size enterprises to upscale and increase production in the Rice and Vegetable value chains, by providing access to finance for equipment acquisition, build their technical capacities for increased income and poverty alleviation.

In partnership with AGIB and FIB, Nema would pilot an agribusiness development facility, called the Capital Investment Stimulation Fund (CISF), to continue the process of innovating, developing and building medium-term financial services adapted to group and individual-based SMEs, to purchase machines for increased agricultural productivity in the Rice and Vegetable value chains. The main innovative elements of the proposed scheme include a tripartite contribution to the scheme wherein:

•Participating SMEs contribute at least 10% of the asset value from their own savings;

•Participating private sector financial service providers put up 45% through interest-bearing loans to the SMEs on market-driven terms; and

•Nema contributes Matching Grant funding of not more than 45%.

Speaking at the signing Ceremony, Mr Momodou L Gassama Project Director, National Agricultural Land and Water Management Project (Nema) reminded those present about the importance of the Signing of the MoU.

He said that the signing would go long way to leveraging the opportunities that enhance productivity and production for our rural farmers.

Momodou S .Musa, Managing Director FIBank, said FIB is aware that the Nema Project is a direct response to the government of the Gambia’s formal request to IFAD to lead in the implementation of the Gambia National Agricultural Investment plan, 2011-15 which hopes to addresstwo major concerns that mostly affect our rural folk such as limited agricultural productivity, capacity of land used for farming, and poorly developed domestic markets that generates very low real cash demand for the main produce of smallholders.

FIB is therefore proud to be associated with Nema through partnership ventures like this MoU. The FIB MD further added that the Nema project is indeed laudable as it seeks to support and further develop the government of the Gambia’s drive to transform the prevailing largely rain-fed production systems into more productive and sustainable market-oriented agriculture for the smallholder, mainly women and youths.

MD Musa disclosed that the objective will tackle the menace of poverty by increasing the income of rural households through the transformation of the agricultural sector from subsistence to commercial agriculture.

He therefore commended the Government of the Gambia for creating the enabling environment for private sector participation in national development.

The FIB MD also expressed optimism that the signing of this MoU between Nema and FIB will mark the beginning of a great partnership between the two institutions.

He also seized the opportunity to thank Nema project for according the bank this great opportunity to partner, in the drive to eradicate poverty through enhanced and increased agricultural productivity by providing the most needed access to finance.

FIB is therefore committed to do everything within the letter and intent of the MoU for a successful project implementation.

This she believes would contribute to the overall goal of increasing food security and raising income of smallholders on a sustainable basis, especially women and youth.

He went on to say that the challenge is to remove the obstacles that prevent investment money from reaching the beneficiaries.

He further said that priorities are many, but crucial priority is to reduce cost of money as real interest rates on loans to agricultural projects in the Gambia exceed 20 per cent (or thereabout).

According to DPS, the Government seeks to ensure that small holder farmers – especially women - can access new sources of credit and equity, and that they are not squeezed out by large agribusinesses.

The Government can increase the creation of cooperatives, provide technical support and training, help with the development of new seed varieties, invest in roads and water system, and protect against predatory investors, but the partnership of the private sector, especially financial institutions to provide the added investment is essential for agriculture to be sustainable.

“We are therefore pleased that this MoU will stand as a reminder and guiding principles of our commitment to demonstrate and achieve the objective of this project, which should change the lives of not just the poor rural folks, but our nation as a whole.”

DPS Bojang further expressed gratitude and appreciation to the Management of Arab Gambia Islamic Bank and First International Bank for accepting the invitation to join the scheme.

“I have no doubt that we will all respect and live up to this document that you have all worked so hard in putting together,” he said.

The MoU’s were then signed by the Managing Director of FIB and Finance Director of AGIB, representing their respective institutions on the one hand, and the Project Director of Nema on the other.