The accused were charged with conspiracy to defraud, stealing, fraud and breach of trust by persons employed in the public service and making false document.

In his testimony, Mr Goldy told the court that he lives at Yuna and he is a retired barrister.

He said he knows the first accused person, adding that he was a member of staff at the National Aid for Legal Agency, but never met the second accused.

However, he added, he travelled with the first accused as an executive secretary to go and conduct a community paralegal training course in URR and CRR, which was part of the UNDP-sponsored access to justice programme.

They conducted the programme and everything went through, but after the programme, the paralegals complained that they were not satisfied with the travel allowance paid on behalf of the UNDP.

He explained to the paralegals that UNDP only paid two days of travel, which was D300 each for going and coming.

He complained to the first accused that there was a shortage of water and administration, adding that according to the caterers, there was not sufficient water in town.

The first accused told the caterers that he would volunteer to buy them water, which was their responsibility.

The first accused then told him that he bought enough water for the paralegals.

He told the paralegals that, as part of the budget, they were supposed to have dinner, in addition to breakfast and lunch.

He then realized that something had gone badly wrong, and told the first accused that he had to report the matter to his supervisors.

The first accused told him that this was the first time he came to know that accommodation was not provided. 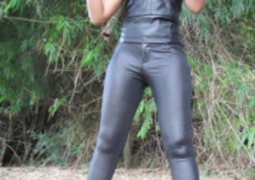