Testifying under cross-examination, Maudo told the court that he resides in Kotu and could remember September 2009.

He said that it was in the month of Ramadan, the Islamic calendar, when he received a call around 11pm informing him that his family members were experiencing stomach problem after eating some pizza.

When asked by the defence counsel whether he was present when the said pizza was bought, the witness replied in the negative.

He adduced that the family started experiencing stomach problem at 7pm.

When asked whether he would be surprised that PW2 Mariama Janneh had testified that they started experiencing stomachache at 9pm, he responded in the negative.

Still testifying under cross-examination, Jallow said that he took Fatou Janneh, Maimuna Janneh, Ayee Janneh and Haddy Janneh to the hospital and took the other two Saidykans to in Dippa Kunda the following day.

Defence counsel further quizzed the witness whether he would be surprised that PW1 Fatou Janneh had earlier informed the court that none of the Saidykhans were taken to hospital and the witness in response said he would not be surprise.

“We broke our fast together but I did not know how they got the said pizza,” Jallow informed the court.

“I could not remember whether there were different dishes prepared on that day,” said the witness.

When he was asked, the witness indicted that he could not remember that a ‘benechin’ was cooked on the day of the incident.

Asked whether he was issued with any medical report at the hospital, he responded in the affirmative.

He adduced that he did not know what else they ate after taking the pizza. “I could not remember what the family ate for dinner on the day of the incident,” he added.

When it was further put to him that he knew nothing about the matter, the witness replied in the negative. 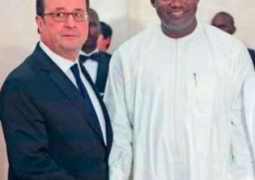