Over hundred and fifty six farmers in Central River Region South and North have benefited from a six-day training on manure production.

The training was funded-by PROGEBE-Gambia and implemented by the department of agriculture.

In his speech at one of the meetings held in Charmen village in the Central River Region North on Saturday, the chief of Nianija district, Alhagie David Cham, commended President Jammeh for creating an environment conducive for farmers to operate and for putting Gambian farmers at the forefront of national development.

The chief also applauded the good relationship between the extension workers and the farmers, which he described as very cordial.

For other regions to benefit from the project there should be a high sense of commitment from the management of the project.

He also assured the department of agriculture and PROGEBE officials that the project “will be one of the best” in Nianija district.

The value of the project is huge in the sense that since its inception in his district, a lot of impact has been realised on both crop farming and livestock, he says.

“Looking at the area of cattle, there are great improvements and achievements for livestock owners,” he said, commending the extension workers for their commitment and collaboration with farmers in his district.

While applauding the facilitators for sharing their knowledge with the farmers, Chief Cham also said: “The project will go a long way in helping farmers to improve their livestock.”

For his part, the site coordinator of the project, Mamodou Njie said the success of the project would depend on the commitment of the farmers, with the support of the chief.

“The participation of the chief towards the success of the project cannot be overemphasised,” he said.

Also speaking at the training, Matarr Njie stressed the need for farmers to take care of their livestock and improve their farming yields. The purpose of the training was to share ideas on the importance of manure, he noted.

Momodou Sowe, monitoring and evaluation officer, who spoke on behalf of the national project coordinator, highlighted the importance of the project, saying it seeks to reduce poverty, improves income generation activities and builds the capacities of farmers.

He also stressed the need to preserve the country’s natural resources for the good of its livestock.

In his official opening remarks, Musa Huma, the regional director, who represented the director general of the department of agriculture, stated that the training is of great importance to the development aspirations of farmers.

Huma urged farmers to double their efforts to ensure the project is sustained and beneficial.

Other speakers at the training included Emmanuel Mendy, focal person. 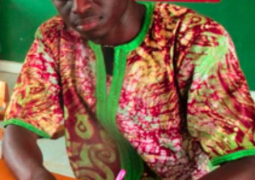 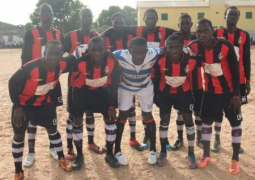