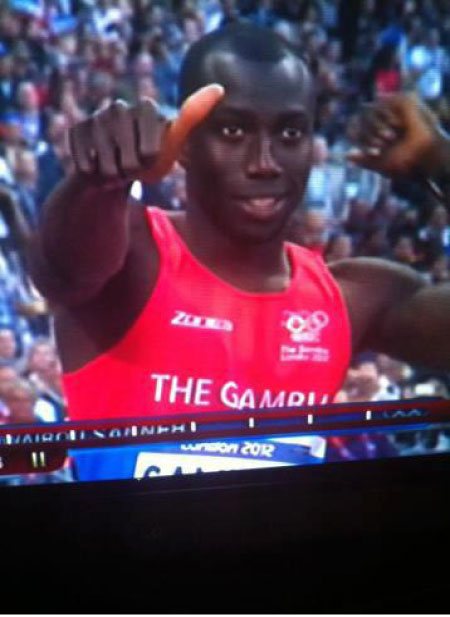 Gambian Sprinter Suwaibou Sanneh is winner of the SJAG Sports Personality of the Year award at the association’s 4th National Sports Award held on September 1 at the SunSwing Hotel.

Suwaibou is the first Gambian to qualify for an Olympic. He set a personal best and national record time in 10.18 seconds, during the semi-finals of the Olympics, on August 5, 2012 in London.

He competed at the 2012 Summer Olympics in the Men’s 100m event and set a new Gambian record in the event with 10.21, managing to advance to the semifinals, where he again set the national Men’s 100m record with 10.18, before being eliminated.

Suwaibou reached the semifinal at the 2008 World Junior Championships and competed at the 2008 Olympic Games without progressing to the second round, finishing fifth in his heat with a time of 10.52 seconds.