The Gambia Football Coaches Association is set to hold a stakeholders conference tomorrow 12 January 2013 at the Independence Stadium to kick off at 10 a.m.

Stakeholders in football are expected to send in their representatives to present matters in relation to the game.

According to the Secretary General, Ebrima N. Manneh, the GFA League season is now scheduled to commence on 19 January 2013.

It is fitting, as suggested, for all stakeholders to use this conference to breach differences and enhance the knowledge based of others for their role and responsibilities. 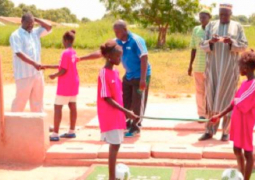