Lamin AS Jatta was one of the finest and hottest strikers in The Gambia during his playing days, with great dribbling skills and a star with an eye of the goal scorer. Sibikarang, as he was referred to by many, was born in Brikama Mansaring-suh on 24th January 1969 and attended Brikama primary school, Brikama secondary school and then Gambia Muslim High School in Banjul.

His football career actually started as a young kid, like any kid of those in Brikama (the Gambia in general) growing up with his little football team called Baby Stars.

Milla’s career,as some referred to him in Brikama during his playing days, sparked with Dragons where he got his motivation training.

“This was the team that gave me all the opportunities as a player against any team”, recalled Sibi who was the team’s captain at some point.

Playing for Dragons was very entertaining, he added, and that “during this time Mighty Saraba were our arch rivals.”

There were also the likes of Justice FC, Kuteh Jumbulu FC, Juggy Fance FC, The Sun FC, New Town Youths FC among other teams, he went on, describing the Brikama nawetan as the best place to be playing football.

The fans of each team were entertaining and extraordinary said Sibikarang, who made a name for himself in Gambian football.

In late 1985, Starlight of Banjul (then a division one team) had a friendly match against Kuteh Jumbulu in preparation for the upcoming season, and Kuteh Jumbulu’s technical and management decide to blend him with the team.

The visiting team could not resist his brilliance, and thus invited him to join them. And at the club, the management treated him with respect, adding that he loved playing for the team.

At Starlight FC, Sibikarang was the best and leading goal scorer for the club, before moving to Wallidan FC, where he has scored very important goals for the club.

His work with Starlight paid off and, as a result, he was eyed by all 8 teams in the division one league, but he decided to join Wallidan, one of the most successful teams in the country.

In 1987, Jatta joined the Blue Boys (Wallidan FC), where he went on to spend three glittering seasons.

With Wallidan, he lifted the FA during the 87/88 season and travelled to Sierra Leone to play against Eastern Lions, where they were held to a draw in Freetown and went on to win the return leg by a goal to nil.

They were due to play a Tunisian side, but due to certain reasons the game could not materialize.

He also won with Wallidan in 1988 the Super Cup against mighty Hawks, in a 4 - 2 victory in which current coach Sang Ndong played his last game as a player for the club (Hawks) in The Gambia. 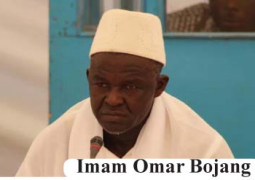