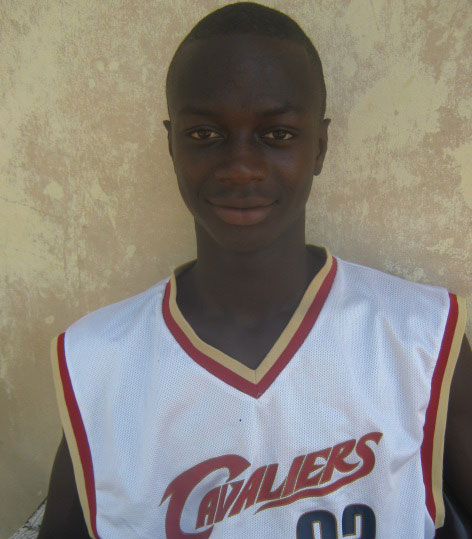 The Gambia continues to establish itself as one of the leading producers of the continent’s emerging talents.

The latest Gambian youngster that has transformed himself into becoming a key figure in the Gambia national U17 team is no other player than Yusupha Njie.

Born in Banjul to a Gambian legend, Alagie Njie (Biri Biri), Yusupha got off to a flying start in his football career after a successful stint with Cherno Sambou Academy where he grew up with exceptional performance in the academic realm since he joined them in 2004.

Uske, as he is widely called, made an impressive start in his career with Wealers FC in the Banjul Nawetaan in the 90s before switching to Cherno Samba Academy in 2004. Uske is described by coach Jane Joof as one of the brilliant youngsters in the country’s youth football in recent times.

Coach Jane said: “Yusupha is one of the finest youngsters as he was one of those scouted from the Cherno Samba Academy during the nationwide selections for various categories of the national teams. He did not disappoint us; he has been putting up some spectacular performance, which is hugely considered to be a driving force behind his success today.”

Jane, who is one of the two local coaches attached to the U17 team to assist head coach Lamin Sambou, continues to heap praises on the 16-year-old young lad, saying he was not surprised to see Njie hold a regular first team place with the current U17 squad considering his amazing skills and techniques to make the difference when it matters most.

Njie, who was among the first batch of the youngsters from the GIFTS Academy and representing the country in the Norway cup competition at the U15 level in 2007, underwent an impressive two-week trail with Brann FC in Norway thanks to the support of his brother and the Gambian international midfield maestro Tijan Jaiteh in 2009.

During his trail with Brann in the Nowagian top-flight football, Uske managed to shine beyond expectations and in the process caught the eyes of Brann team officials who requested for his return but he failed to make the trip back to Norway due to the U17 assignments last July.

“Despite that I am in regular contacts with Brann officials and they have repeatedly expressed their desire to offer me a professional contract,” Yusupha, who has been transformed into a striker at the expense of his most preferred position in the midfield, told this reporter yesterday.

Having secured a regular first team place with the U17 national team, Yusupha is no doubt one of the key figures behind the successes registered by the reigning African U17 champions since the commencement of the ongoing qualifying rounds en route to the big event to be held in Rwanda in 2011.

The U17 got off to an unconvincing start in the qualifying campaign with a 1-nil defeat in the hands of the Moroccans in Rabat but came back to Banjul two weeks later to book their place in the final rounds with an emphatic 3-1 win against Morocco to advance on a 3-2 aggregate.

Gambia suffers another drop in TI ranking in corruption report