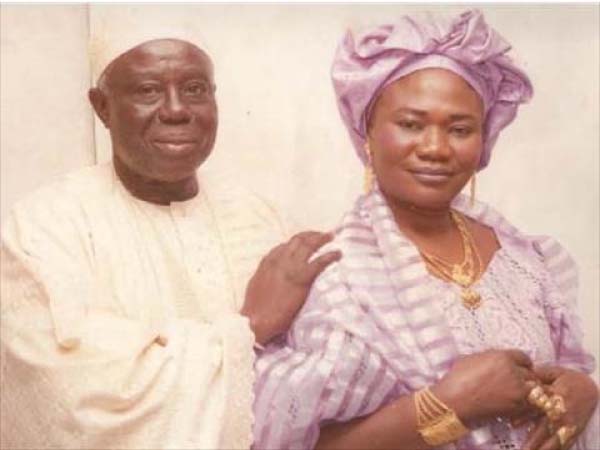 Abdoulie Omar Gay Sosseh known as Gabi Sosseh was born in Kaur village, contrary to the widely held believe that he is a native of Banjul.

Gabi came to Banjul when he was seven years old because his father, a native of Kaur, died.His mother came back to Banjul with all of her children.

Gabi started schooling at Bakau school in 1955 where he sat to the Common Entrance examination during the colonial days with Abdoulie Mo Kebba Manneh who is now with the UN.He had very good grades which secured him a colonial scholarship to go to Methodist Boys High School in Banjul.It is this school that in 1959 became Gambia High School.

Gabi said: “After completing GCE level, I was recruited by one company with my friend Momodou Manneh who we called Sam Manneh.We were sent to Nigeria by the same company to study engineering in one of the colleges there.We were trained there for five years as marine engineers.”

They came back in 1964, a year before The Gambia gained independence from the British colonial masters.

“Later, I worked with the United African Company for only two months and I resigned because I was not satisfied with the conditions there compared to my level of education,” he said, adding that in those, the qualification he was having was among the highest Gambians in The Gambia had attained.

“Initially, I thought I will spend some time there to save some money to pay a school for myself in England to do further studies in engineering.But luckily, I was given another British scholarship from 1967 to 1972 through which I did my bachelor’s degree in science engineering,” Gabi said.

Immediately, after completing his degree programme in Britain, Gabi came back to the Gambia Port Authority as a marine engineer.He served the port authority from 1972 to 1995 when he turned 45 years.

At the port, Gabi rose through different levels to the post of managing director where he served briefly before retiring from the company.

At 45 years, Gabi had his two sons, one of whom is a lawyer now, at high school in fourth and fifth year.

Gabi’s early retirement from the port was due to lack of satisfaction with his take home pay.He then set up his own company called Sosseh and Sons Company.

Meanwhile, Gabi said all this while he was interested in football but had never been a footballer.

“When I started at the port, I help found the Gambia Port Authority football team,” he said.It was him, together with his former boss, Captain Babucarr Sowe, who was the managing director of the port, who spearheaded the establishment of the football team.

The team became the first football team to be given stipend.In those days, footballers just play football as hobby, for free.

Meanwhile, Gabi got married in 1966 to Njaimeh Jaye Sosseh.Last week, the two celebrated the 50th anniversary of their marriage.

Mrs Sosseh: “My husband, Gabi, gives respect to everybody even children and he has sympathy for his family.He would do everything possible to make sure that his family does not go hungry.”

Mrs Sosseh advised that young women who just entered marriage to be patient.She said husband and wife should always have respect and understanding for each other.

She said women should learn to respect not only their husband but also his entire family.They should both respect each other’s parents as well.

“It is not easy to have a good husband so any married woman who has a good husband should respect and do whatever good that will please him. Any woman who does this for your husband, Allah will reward you and when you have children in that marriage, they will shine,” Mrs Sosseh.

BIBLICAL REFLECTIONS:THE POWER OF THE RESURRECTION