Lolly Manku is deniably one of the most outstanding Handball players the country has ever produced.

She was born in Bakau Sama Kunda, but later moved to Bakau New Town, alongside her mother Tida Bangura.

Lolly started playing Handball with the most popular Handball club in the country, Warriors in 2003.

She was also part of the Warriors Handball Team that took part in a 4-team tournament, organised by the Senegalese Handball team called Julung. But, they were eliminated in the final.

According to the 19-year-old, her most outstanding achievement came in 2004, when she successfully completed a coaching course in handball, organised by the International Handball Federational where she was awarded a certificate at the end of the course.

She commended her friend, Amie Manneh whom, she described as her main source of inspiration in the game of handball and further challenged her colleagues to come forward to be part of the Warriors Handball club since the government is keeping an eye on them, noting that the future is bright for them. 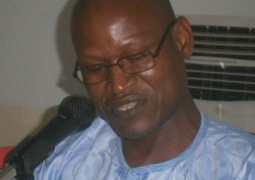