Abdoulie Darboe, a native of in Kombo South is one of the most gifted athletes the Gambia Athletics Association can boast of.

Weight 44 kg, the young and crafted athlete started his athlete career in his home town of during his Primary School days, with 800 and 400meters touted as his best events.

Shortly after completing his Lower Basic school, Abdoulie has shown a credible performance which eventually earned him a place to , where he became part of the Bansang Athletics team. Owing to his brilliant contribution, he was awarded the captaincy of the team.

He represented the school in the marathon on several occasions as the captain of the , registering a few achievements that will ever remain in his memory.

The ambitious athlete later moved to where his outstanding performance earned him a place in the Gambia National Athletics team and also represented the country in the International Athletics Championship on numerous occasions, such as in Guinea Bissau, Ivory Coast, and the neighboring .

'I remember beating the best long distance runner, Ansu Sowe during my time in Bansang Upper Basic School at the Inter-Schools Athletics Competition during the 1500 metre race which will also remain in my history book for the rest of my life because it was a great moment to remember in my career," Mr Darboe told Pointsport yesterday. 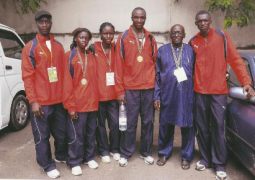 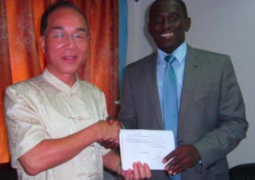