Pro-Poor Advocacy Group recently ended a two-day forum for National Assembly Members on the dissemination of the Annual Progress Report of the PRSP 2, at the Baobab Holiday Resort in Kololi.

The forum, which among others, seeks to enlighten about MDG BASE PRSP2 and Dissemination of PRSP annual report 2008, attracted National Assembly Members.

Speaking at the closing ceremony, Mr. John Njie, Acting Director of Pro-PAG said PRO- PAG, in partnership with the National Planning Commission secretariat and support from the UNDP attaches great importance to the forum.

Mr. John underscored the importance of the forum, noting that it would equip on the progress made towards the achievement of the objectives of the PRSP and the challenges encountered in the implementation process. The forum, he added, was also geared towards providing feedback as per the identified priorities of various constituencies that benefited from the dissemination campaign that was conducted recently by PRO-PAG. He commended for their cooperation, describing it as a big commitment on their side.

who spoke at the programme included Hon. Fabakary Tombong Jatta, Hon. Adama Cham, Hon Borry Kolley, all of whom, expressed appreciation to PRO- PAG for organising such an important forum. They described PRO-PAG as second to none in engaging them in their activities. 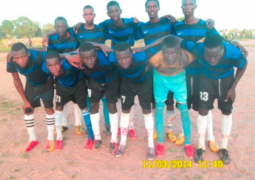 Agri-business the way for the private sector