The Regional Marine and Coastal Conservation Program for West Africa (PRMC) in collaboration with the Ministry of Forestry and Environment, today ends its sixth regional forum in .

The forum, held from 20 to 24 February 2012, was attended by participants from eight countries, which included , , , , , , Cameron, the Democratic Republic of Congo and The Gambia.

Held under the theme: “Standing together for the conservation of west Africa littoral”, the regional forum was consultative and served as an exchange platform for national, sub-region and international institutions as well as for NGO and professional organizations involved in the management of West Africa coastal and marine zone.

The forum also served as the capitalization of sub-region stakeholders’ experiences for the identification and harmonization of approaches, so as to have an insight in major issues confronting the littoral.

Speaking at the opening ceremony, held at the Kairaba Beach Hotel, Vice-President Aja Dr Isatou Njie-Saidy said one of the greatest assets of this planet is coastal and marine resources.

These resources continue to degrade at an alarming rate and the wherewithal in addressing it is not there, the vice president said.

She however lamented that an awful lot to these damages and degradation are manmade, which needs to be redressed.

According to her, whilst the developing countries are grapping with meeting the needs and aspirations of our growing population, we face the greatest challenges of all times; climate change and variability.

“Cognizant of the fact that the destiny of our ecosystem lies in our own hands therefore we cannot afford to allow the status quo to continue thus the need for an efficient management of the marine and coastal resources,” she said.

The vice president further stated that in spite of all the damages and degradation inflicted on the coastal and marine environment and its natural bounty, its resilience still remains but continues to be weakened.

According to her, government has expressed its commitment to conserve and preserve its fauna and flora on numerous occasions and has demonstrated this commitment through the Banjul Declaration of 1977 and the formation of the NEA, the new forestry policy and the fisheries policy and act.

“The private sector and local community’s participation in the management and development of our remaining coastal and marine flora and fauna for posterity continue to occupy centre stage in the management of natural resource,” she said.

For her part, the Minister of Forestry and the Environment, Madam Fatou Gaye, said ICAM2 has enhanced the sustainable management of the environment biodiversity including many wetland ecosystems.

According to her, about 1000 hectares of land is planted with mangrove countrywide.

She said an important contribution the Gambia government has made towards the management of the coastal and marine area is a clear commitment to the cause of the environment, citing nourishment of coastal beaches especially from Banjul to the Senegambia area, that are seriously threatened some of  which have been lost to the ocean. 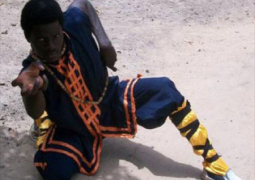