This year’s World Malaria Day, which falls on Thursday, April 25, is taking a unique turn as the Roll Back Malaria Partnership sets out to launch a three-year campaign under the theme “Invest in the Future: Defeat Malaria.”

The campaign is to help strengthen political will and generate the funding needed to continue averting deaths in malaria-endemic countries.

RBM sources adds that by “mapping progress against key milestones on the road to 2015 and showing how the collective efforts of the global malaria community contribute to creating a healthier and more prosperous world, the RBM campaign will help mount the resources and support the malaria fight through 2015 and beyond.”

The African Media and Malaria Research Network (AMMREN), a Network with membership in 10 African countries engaged in malaria control advocacy, believes the global malaria community is doing the right thing by taking stock of the promises and realities of ending malaria deaths at the targeted date of 2015.

Many African countries missed the 2010 Abuja targets to reduce malaria morbidity and mortality by half. With less than two (2) years to meeting the 2015 targets of further reduction of 75% in morbidity and 50% reduction in mortality countries are now scaling up efforts to at least sustain the modest gains made over the last decade.

As AMMREN joins the world to mark this year’s World Malaria Day, the Network is of the view that the gains made in malaria control are fragile and could easily be reversed unless malaria continues to be a priority for decision-makers, donors and the communities.

This is because the efforts and resources that will be invested in control efforts over the next years will have an impact on whether or not the malaria map will keep shrinking or expanded by the malaria parasites.

While commending, governments, donors, health officials and other key players for efforts made in past decade to bring down malaria morbidity and mortality figures, AMMREN is of the view that the widespread negative practice of the treating malaria without diagnosis is likely to hinder the acceleration of the control efforts.

According to the WHO, over 80% of cases of malaria is still being treated without diagnostic testing in many malaria –endemic countries in Africa.

According to the world body, the universal diagnostic testing will ensure that patients with fever receive the most appropriate treatment, and that antimalarial medicines are used rationally and correctly.

AMMREN is calling for the scaling up of diagnosis before treatment and a massive deployment of artemisinin-based combination therapies (ACTs) to ensure that appropriately diagnosed cases are treated promptly and correctly. Some African countries have made significant gains in this regard. The WHO indicates that 60 African governments were providing ACTs free of charge to all age groups as at 2010.

AMMREN is of the view that there must be a scaling up of these laudable efforts so that millions of African who still lack ready access to appropriate treatment will be covered to ensure that every confirmed malaria case gets treated.

The Network is also asking for a focused attention on preventive activities through the use of treated bed nets. This is because in the fight against malaria, prevention is the best of all options. The higher the number of people using bed nets, the bigger the rate of reduction in malaria cases.

AMMREN shares in the optimism of African scientists, the donor community and stakeholders, that malaria can be pushed out of Africa this century.

However, this optimism must be measured against promises made about 13 years ago, when 40 African Heads of State made a declaration in Abuja, Nigeria to reduce the malaria burden on the continent by setting targets.

Many countries have missed the 2005 and 2010 targets and also likely to miss the 2015 targets unless conscious efforts are made increase access to essential malaria interventions such as diagnosis, treatment and prevention.

The continued existence of taxes and tariffs on commodities for malaria control in some countries shows lack of commitment towards dealing with malaria. Taxes and tariffs and non-tariff measures make these life-saving products unaffordable to the poor and vulnerable.

Despite challenges, in the last decade, there have been some investments in new tools such as long lasting insecticidal nets, rapid diagnostic tests, indoor residual spraying and ACTs.

The scaling up of these activities has resulted in modest progress as some countries are now moving from control activities to malaria elimination.

Angola, Mozambique, Zambia and Zimbabwe in 2009, according to a Roll Back Malaria report, have joined other countries in their region to form a sub-regional malaria elimination initiative known as Elimination 8.

The Gambia, Rwanda, Sao Tome & Principe and Madagascar have also secured global funds to prepare for elimination. And since 2007, countries in the Southern African Development Community (SADC) have showed the intent to eliminate malaria.

“As of 2010, the total number of reported cases of malaria in Botswana, South Africa and Swaziland were relatively low raising hope of elimination,” the report added.

With talks of malaria elimination slowly making its way to the front burner, the question of malaria vaccines, as an additional tool must be given urgency and supported by all stakeholders to ensure that it is quickly incorporated into the National Immunisation Day schedule once a vaccine receives licensure.

So far the RTS,S, appears to be most promising malaria candidate vaccine. If all goes well the vaccine could be available for targeted use in the next couple of years for young children.

Indeed there is hope on the horizon and AMMREN will continue to lead in providing accurate and timely information on malaria as part of its effort to wipe out the disease from the face of the globe. AMMREN also urges other African journalists to join in the malaria elimination crusade.

Kicking out malaria from Africa is a responsibility of governments, identifiable organisations, communities and individuals. April 25 should be seen as a day of renewal of commitment to work towards a malaria free society. 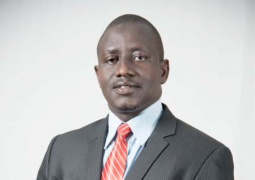 MAC Chairman: Non-payment of tax can be linked to lack of access to information