The communities of Gunjur and Kartong have recently joined forces and embarked on beach cleaning exercise in celebration of World Oceans Day 2017.  They gathered a huge amount of rubbish that had been littered on the beach.

With so much concern about the health and wellbeing of the people and environment of Gunjur, the KG taskforce has been proactive in raising awareness and arranging action to create positive change in the area.

The taskforce has raised concerns about the negative impacts of the indiscriminate littering of waste on the beach and the possible health implications of Golden Lead factory’s operation in the area.

The taskforce had met every relevant government department both in person and by formal letter.  However, the communities of Gunjur and Kartong are still patiently awaiting formal feedback and reassurance from these departments.  In the meantime, the factory – Golden Lead – continues to operate.

During the beach cleaning exercise, a pipe from the factory into the sea was found buried in the sand.  We were told that the pipe is not in use; however, there was liquid discharge from the pipe at two different places that have been observed at different times over the past few days which suggest that the pipe is still in use.

The pipe should be moved immediately to restore some confidence at the very least. The protected lagoon at the community bolong fenyo reserve has already been completely destroyed and everything dead as direct results of an unknown substance discharged through the pipe into the waters.  It will take years to reverse the effects of the damage.

The KG taskforce is very disappointed that Golden Lead factory continues to ignore a letter we sent them more than two weeks ago regarding the waste being thrown outside of the factory ground and into bolong fenyo, the poorly maintenance and dangerous boreholes situated near the community nursery school, and the releasing of unknown malodorous fluids by the tanks of the company into our bolong.  With this in mind, we were not surprised that the factory workers did not come and join the community activity to clean the beach which took place almost outside of the factory door.

However, the group for the south coast which amounts to several hundreds of concerned people are not deterred in continuing to protect the local area and raising awareness.  Monitoring groups have been established. 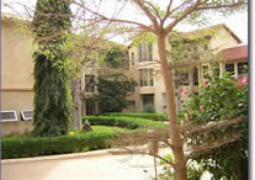