Following our yesterday story on the arraignment of two people for issuing false cheques of over D8 million, J-FIN financial services have issued a press release to clarify that the Muhammed Jagana mentioned in the story as one of the alleged culprits is not the one at J-FIN financial services whose name happens to be Muhammad M. Jagana. The full unedited version of the press release is reproduced hereunder:

TWO CHARGED FOR ISSUING FALSE CHEQUES OF OVER D8M

We refer to your Thursday 26th June 2008 Point Newspaper Edition captioned TWO CHARGED FOR ISSUING FALSE CHEQUES OF OVER D8M in which one Muhammed Jagana and Assan Njie were the accused.

The general public is hereby informed that the matter has nothing to do with Muhammad M. Janga of J - Financial Services, Kanifing, The .

Muhammad M. Jagana of J-FIN does not have any business relationship with regard to cement trading either with Amadou Samba or GACEM.

We thank all those who called to express their concern and assure them and the general public that J-Fin is a reputable financial institution.

We hope next time newspapers will always carry the addresses of accused persons to avoid confusion and damages in the personality of people who bear the same name with accused persons.

We are sorry that the wrong man bearing the same name has been ruffled by the story in question. However it is worthy of note that the story is on a court proceeding and the material and the proceeding our reporter garnered his information from unfortunately has no mention of the addresses of the accused persons. 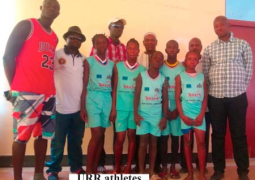