In his testimony, the witness Musa Bojang told the court that he is the Operations Manager of Premium Security and that he could recognise the two accused persons. He further stated that in the month of May 2009, while he was on off duty, he received a telephone call that there was a theft at Brusibi Ballast Nedam and as a result he visited the scene.

He said upon his arrival at the scene, he found that one of the windows was broken into, adding that there was also a burglar proof fixture which was also damaged.

He added that Abdoulie Daffeh and Alagie Modou Cham were on duty on that fateful day, one in the morning the other was at night.

Mr Bojang went on to say that while he was on the scene, he went through the backyard and found that another door of the house was also damaged and there was a footprint on the wall.

He said later he went with the police officers to the scene and found the accused persons Alhagie Modou Cham and Denise Michael carrying with the stolen property. 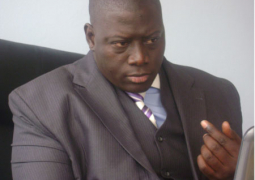