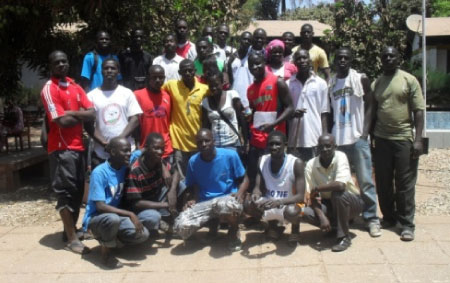 As part of events marking the International Day of Service, celebrated annually on May 7, Meridian International, in partnership with VOLINTEER Gambia Coordinator Bernard Gomez and the US Embassy in , at the weekend observed the day with a major clean-up exercise at the in Bokoteh.

More than 30 youths gathered at the , Bakoteh, to help in cleaning the environment, which attracted different youth groups from organizations and institutions such as Lend A Hand Society, of , and the President’s International Awards Scheme.

According to the organisers, Meridian International Centre and VOLINTEER Unite Service leaders in nearly 100 cities around the world engage 50,000 volunteers in one collaborative day of service. The individual projects range in size and scope and impact the lives of over 200,000 people worldwide.

Volunteers cleaned up the entire premises including some of the blocks that were not being used for years, as the place is expected to be occupied in June.

Volunteers at the end of the clean-up exercise gave out tins of milk and biscuits to the youths as a way of saying “thank you.”

Bernard Gomez, Alumni Association Coordinator of Gambia International Visitors Leadership Programme (IVLP), told this reporter in a post-clean-up exercise interview: “During the exercise, the youths were wrestling, dancing and laughing at each other to keep us entertained and make the process an enjoyable one.

“The chairs and beds were removed to allow us have a thorough clean-up. We cleaned and mopped the floor and then returned the chairs.”
Gomez, who is pursuing a university degree at the UTG, thanked all those who spared their busy schedule to join them for the exercise

The coordinator of , Jabang, hailed the volunteer foresight for choosing for the clean-up exercise describing their coming as “timely” and urging others to emulate VOLINTEER.

Mr Jabang said they were proud to be associated with VOLINTEER, adding that they had never had such a wonderful help from anyone. 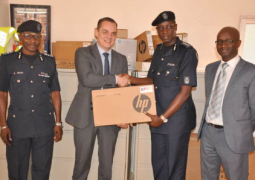