Dr Jacques Diouf, the Director General of the United Nations Food and Agriculture Organisation (FAO) arrived in the country yesterday for a two-day working visit.

Dr Diouf, who will be meeting the President of the Republic Dr Alhagie Yahya Jammeh today, said his visit would focus on discussions aimed at strengthening the already existing bilateral relations between The Gambia and the FAO.

Speaking to journalists shortly after his arrival at the , the FAO boss said he would also hold talks aimed at reviewing the situation of agriculture not only in The Gambia, but also in and the entire world.

"We will also discuss key areas on the global food crisis, animal production, fishing among others. The food crisis has affected because we do not have the elasticity to supply food in response to the growing food crisis compared to developed countries in other parts of the world," Dr Diouf said.

According to the FAO boss, deserves a special attention and special support to avert the global food crisis. He commended President Jammeh for what he described as his leading role in the development of agriculture. 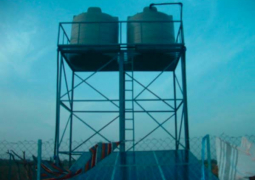