Pope Benedict XVI has appointed Fr. Charles Edward Tamba of Kenema and rector of 's Major Seminary in , as Archbishop of Freetown and Bo ().

At the same time, the Holy Father appointed Fr. Etienne Ung'eyowun of the clergy of , adjunct secretary general of the national bishops' conference, as bishop of Bondo. The Diocese of Bondo has 82,017 Catholics, 20 priests and 18 religious. Fr. Ung'eyowun was born in Nyalebbe in 1959 and ordained a priest in 1988. 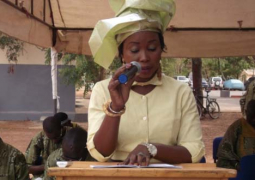