The Department of Health and Social Welfare, in collaboration with the World Health Organization country office, yesterday organized a one-day meeting for policy makers on the prohibition of smoking in public places act.

Delivering his welcoming address at the occasion, the mayor of Kanifing Municipal Council, Yankuba Colley, said tobacco is a global problem which mainly affects youths and the aged noting that the sensitization of the act is long overdue.

Speaking at the occasion, Solicitor General, Dr. Henry Carrol, stated that the act was enacted by the National Assembly, on noting that the act makes smoking illegal in government premises, public places and public vehicles adding that however smoking is legally permissible in what the act calls (a designated smoking area or a designated room).

He said section eight of the act has clearly stated that a person who contravenes a provision of this act, commits an offence and is liable on conviction, to a fine not exceeding D500 and not less than D200 or a term of imprisonment of not more than three months or to the fine and imprisonment.

He urged the Department of State for Health to sensitize the general public through the print and electronic media in order for them to effectively implement the act.

Presenting a paper on the overview of global tobacco epidemic Momodou Gassama, health promotion officer WHO country office, said tobacco use kills 5.4 million people every year adding that 80% of the world's smokers live in low-middle-income countries.

The president of the Supreme Islamic Council, Muhammed Lamin Touray, called on the Department of State for Health to involve the imams in the implementation the act noting that the imams can use their sermons to preach people to quit smoking

Other speakers at the occasion included Hon Adama Cham National Assembly Member for Kombo North and Dr. Momodou Sidibeh of . 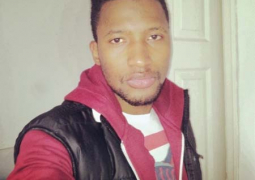 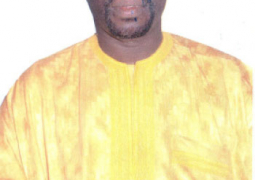