(Friday, 6th August 2010 issue)
Lamin Danso, a police officer attached to the Kanifing Estate Police Station recently testified in the trial of Sulayman Njie and Modou Mamud Khan, who are charged with receipt or possession of property stolen from abroad and obtaining registration by false pretences.

The duo were standing trial before Magistrate Drammeh of the Kanifing Magistrates' Court.

In his testimony, the forth prosecution witness (PW4) told the court that he recognised the accused persons and the complainant.

According to him, on 13th June 2010, he received a case file from the charge office together with the two accused persons and the complainant, one Saidou Fofana.

He adduced that the complaint was that the accused persons stole a vehicle with a registration number 9117 MS 93 from France to The Gambia.

PW4 further adduced that, the complainant, Saidou Fofana told him that he gave the 1st accused, Sulayman Njie a vehicle loaded with some items to take it to Ivory Coast, which the 1st accused failed to do.

He adduced that the complainant while in The Gambia saw his vehicle parked around Old Jeshwang, and with the help of two soldiers and a Gambian driver, the accused persons were subsequently arrested.

He further adduced that the 1st accused then surrendered the documents of the said vehicle when he was confronted in his office.

The case was adjourned to 12th August 2010 for continuation. 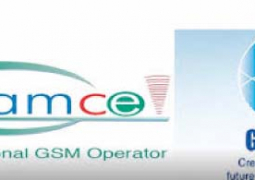