Pa Matarr Ceesay and Emma Manga were on 23 April 2015 arraigned before Magistrate Bojang of the Kanifing Magistrates’ Court for allegedly attempting to attack and assault a narcotics officer, Ebrima M.S. Camara, who sought refuge in a compound.

Prosecutors alleged that Pa Mattarr Ceesay and Emma Manga, on 24 March 2015 at Bakoteh in the Kanifing Municipality, jointly and unlawfully attempted to attack and assault a narcotics officer, Ebrima M.S. Camara, who is prosecuting their friends and relatives involved in drugs-related offences.

Pa Matarr Ceesay and Emma Manga, on the same date and place were alleged to have conspired to commit an offence.

Prosecutors further alleged that the accused persons on the same date and place attempted to assault and cause harm Ebrima M.S. Camara, who had to seek refuge in the compound of one Fatou Kujabi, and they continued to conduct themselves outside the compound in a manner likely to cause a breach of the peace.

The accused persons did not accept responsibility.

Prosecutor Sergeant 2118 Gomez called his first witness, Omar Bah, who told the court that he lives at Bakoteh and is a student.

Then he saw a group of people pushing and pulling, and went to see what was happening.

He enquired and was told that there was a problem between a police officer called M.S. and the accused persons, adding that the police officer was already seeking refuge in a compound.

Bah further told the court that he talked to the first accused, Pa Matarr Ceesay, and asked Ceesay to calm down and keep the peace, adding that one Babucarr and Lamin were also among the crowd.

He succeeded in calming the accused persons down, and went together with them to Kololi.

They went to the second accused person’s bar, and two trucks of soldiers later arrived at the bar.

Bah told the court that he was arrested with one Mata Cham, and taken to Bakoteh in the compound where M.S. sought refuge.

When the soldiers arrived at the scene, they asked the people whether they could identify those who were causing violence, and they pointed at him.

Bah added that the soldiers started beating him, took him out of one of the trucks and transferred him to another one, and he was later taken to Bakoteh Police Station where he saw M.S.

He said his statement was recorded.

Prosecutor 2118 Gomez told the court that he was opposing bail for the accused persons.

He said there were other suspects at large, and the accused persons would interfere with their witnesses.

There were also pending charges, and the police have not yet finished their investigation.

Pa Matarr Ceesay urged the court to grant him bail, because the first prosecution witness was granted bail by the police, whereas he was detained.

Emma Manga pleaded with the court to grant her bail as she was sick.

Magistrate Bojang ruled that the accused persons be remanded until Monday 27 April 2015. 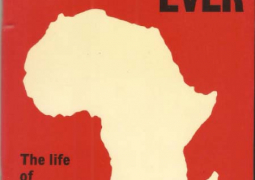