Superintendent Sawaneh told the court under cross-examination that he investigated the case involving the accused persons together with other police officers, but he could not recall their names.

He added that after the completion of the investigation, he prepared the report and sent it to the Attorney General’s Chambers.

It was then put to him by the defence counsel that he did not carry out the investigation, and he was not among the officers who investigated the case at hand.

Officer Sawaneh maintained that he conducted the investigation with other officers.

It would be recalled that the accused persons are standing trial on multiple counts of criminal offences, ranging from economic crime, to forgery and uttering, a range of charges they had since denied. 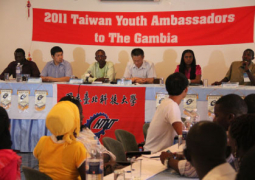